When thinking about mussels, the razor mussel (Solemya parkinsonii) often doesn’t come to mind. The razor mussel (also known as the date shell, razor clam or kute) is named due its oblong-shaped valves (shells) resembling that of an old hand razor when found on the shore. There are four species of Solemya found in New Zealand with S. parksinsonii being the largest and most common. The specimens in these photos were found at Farewell Spit last month. 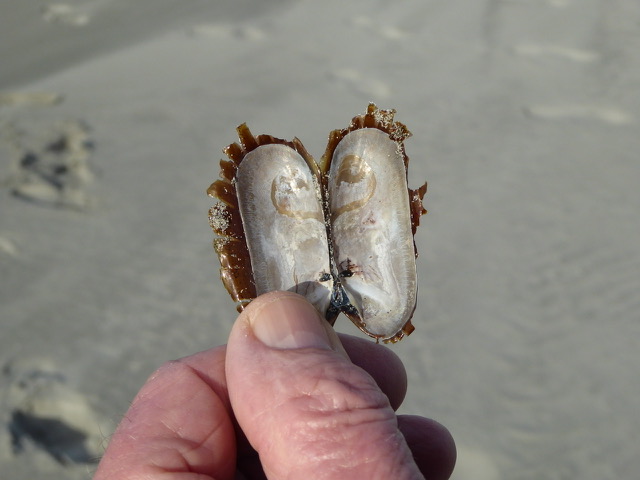 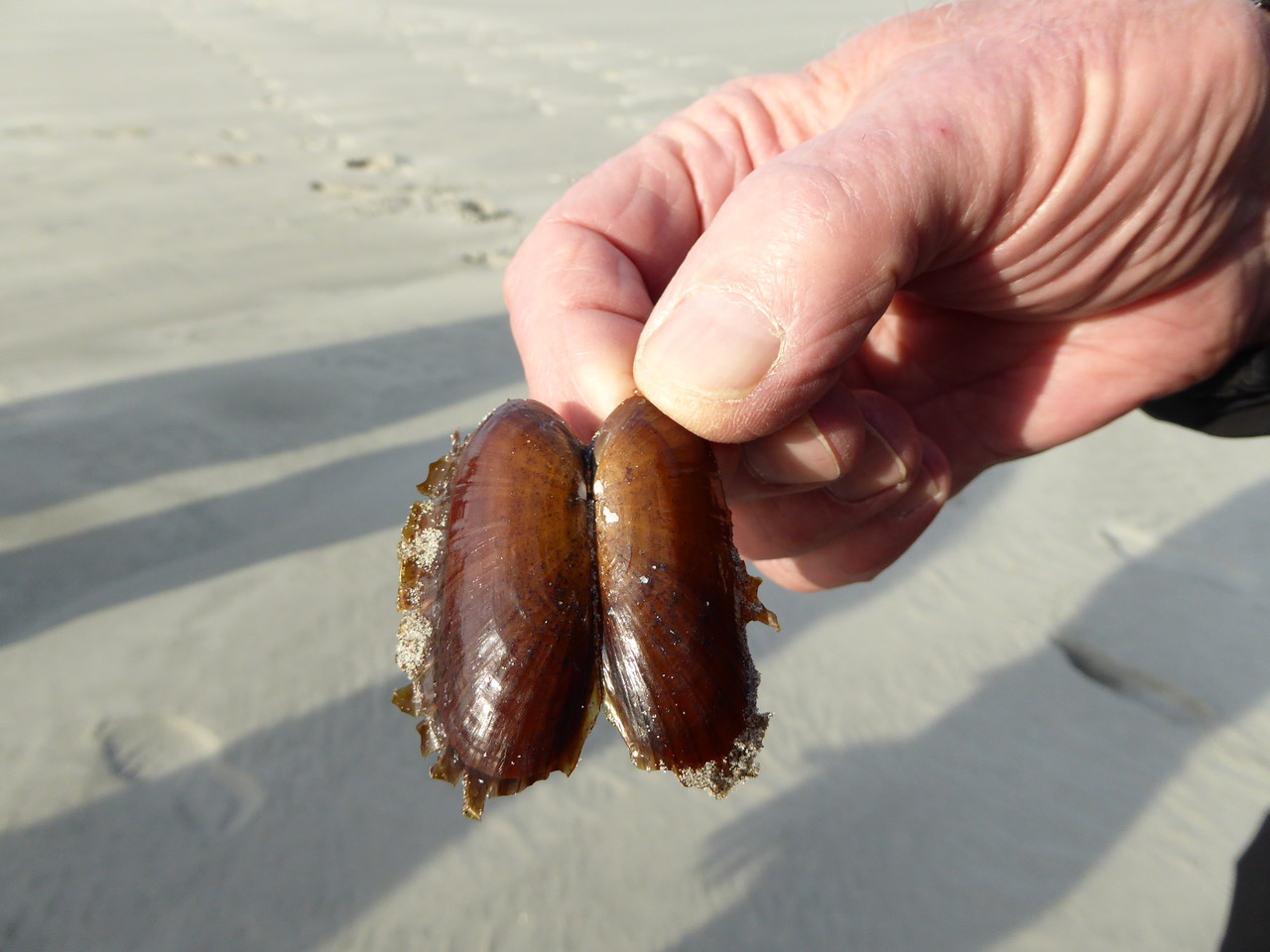 Despite being called a mussel, razor mussels are not ‘true’ mussels. They come from an old lineage of bivalves which makes them rather unique – just ask Kerry Walton, a PhD student in the Department of Zoology at the University of Otago, who has named three of the four species of Solemya found in Aotearoa!

“The group has always interested me because they are from a lineage basal [ancestral] to other bivalves and and their fossil record extends at least to the Jurassic (fossil shells are strikingly similar to recent animals).” This essentially means that the body plan for the razor mussel has stood the test of time.

Razor mussels are one of only five chemosynthetic bivalve groups meaning they use chemical compounds (e.g. methane, hydrogen sulphide,carbon monoxide) as a source of energy. That is why they are located near hydrothermal vents, hydrocarbon seeps and in hydrogen-sulphide rich mud around the world. Sometimes these mussels can be buried half a metre deep in the mud – much deeper than any other bivalves according to Kerry. So they are well adapted to survive in environments with low levels of oxygen.

Three of New Zealand’s Solemya species are common in the Southern fiords. Research from the Department of Marine Science at the University of Otago identified that Solemya parkinsonii are a very important component of the marine food-web in Fiordland (and they are a popular choice amongst the fish residing here!)

Now you know what to look for, keep an eye out for a razor mussel on your local shore and post your observation on iNaturalist or why not complete a Mm2 survey! Don’t forget to input your data here

To find out more about the razor mussel (S. parksinsonii) head to the Marine Life Database or read about it in the Collins Field Guide to the New Zealand Seashore.

Thank you to Kerry Walton for providing the information used in this blog post.

Whilst exploring the Okia reserve in Dunedin, one of the NZMSC Educators came across over 30 crab moults in the high tide zone.

Ceridwen Fraser, an associate professor in the marine science department at the University of Otago, has written a book about the things one might come across whilst beachcombing in the southern hemisphere.

Rare finds in the Hauraki Gulf

In April this year, Wentworth college visited Polkinghornes Bay to survey the shore and find out what is living there as part of the Hauraki Gulf Monitoring Project.

After studying invasives in class, students at Wentworth College went to Red Beach on the Whangaparaoa Peninsula where they found an abundance of the Mediterranean fan worm.

The mysterious journey of the Sea Bean.